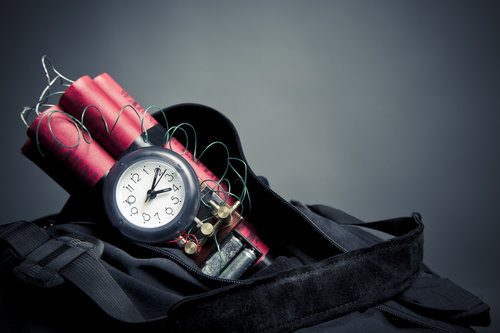 On April 19th, 1995 an explosion ripped through the Alfred P. Murrah Federal Building in Oklahoma City. It killed 168 people and injured 759 more. The explosion destroyed about 1/3 of the Murrah building and shattered glass in 258 more buildings. It was the largest domestic terrorist attack on U.S. soil. The bomb used in the Oklahoma City Bombing could be built today from easily obtainable components for approximately $5,000.

It is estimated that 40-50% of the injuries during this event were glass related. Had a product like StrongGlass Ultra or Executive Films been applied to the windows and doors of the building, a majority of these injuries could have been avoided.

Bombings are becoming more and more common around the world. In the last decade, between 12,000 and 28,000 people are killed or injured in terrorist attacks each year. If one of these attacks took place at or near your place of business, school, or Church, the loss of life would be devastating. Additionally, the psychological and financial ramifications could be crippling.

StongGlass can help you protect your family, employees, students, or congregation in a budget conscious way with several of our products. These blast mitigation products can also provide protection against forced entry or active shooter situations.